the National Day of Science

In celebration of the April 16th; the National Day of Science and Knowledge, the Higher National School of Renewable Energy, Environment and Sustainable Development is honored to host a special guest whose contribution to Higher Education and Scientific research is beyond description.
The founder of the Higher School of Computer science (ESI) and commonly regarded as the “Father of Computer science and Internet in Algeria”, Prof. Youssef Mantalsheta held the position of a full-time professor both at the National Polytechnic School and the University of Algiers, then at the Research Center for Computer Science, which later became the National School for Computer Science.
The school is pleased to invite students, faculty and staff for his long-awaited intervention scheduled on Tuesday, April 19th 2022, at 11:30 a.m., in Amphitheater N. 02 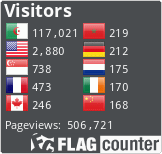